Forum Index  |   Disclaimer  |   Forum Rules
"Cults," Sects, and "New Religious Movements"
Go to Topic: Previous•Next
Go to: Forum List•Message List•New Topic•Search•Log In•Print View
Pages: PreviousFirst...658659660661662663664665666667668...LastNext
Current Page: 663 of 714
Re: Chris Butler, Jagad Guru, Science of Identity
Posted by: AC4711 ()
Date: August 24, 2019 12:55AM
a little bird told me that Gods only representative on earth will be heard soon (yes Audio). We have read transcripts, we have heard rumors of what Jagad Guru Siddhaswarupanan said during his lectures. Yet until we hear the sweet words emanating from his mouth. We really will not know. I am sure it will be filled with amazing things like

"The search for wisdom is a great challenge; to act on wisdom is an even greater challenge."

So when we all listen to these "Divine Messages", some for the 1st time... others have heard it before. Then I am sure we are all moving to Kailua and looking to wash his feet and dance and chant before him.. and get a toe nail nibble in or 2?
Options: Reply•Quote
Coming Out of the Shadows
Posted by: Vera City ()
Date: August 26, 2019 04:43PM
If Butler is coming out of hiding it is all for Tulsi Gabbard's benefit. He will rebrand himself as a sweet, selfless monk that teaches warm fuzzy and harmless aphorisms. Since Tulsi can't distance herself from the cult, Butler will distance himself from his self.

It is more important than ever to post our research on social media.

Maybe Tulsi is the "good Democrat" you want. But regardless; she, SOI, & Butler have all been deceptive & disingenuous all along.
Options: Reply•Quote
Re: Coming Out of the Shadows
Posted by: corboy ()
Date: August 26, 2019 07:45PM
And...what about Sri Shim?

By the way...try various combinations of search terms to get information on this.

I am surprised at how few citations came up.
Options: Reply•Quote
Re: Chris Butler, Jagad Guru, Science of Identity
Posted by: VoxVeritasVita Das ()
Date: August 27, 2019 04:35PM
AC4711- So people would like to hear his "sweet" words?
Hear his saccharine voice in those dulcet tones we all remember?

I think the world needs to hear what he preached to Tulsi Gabbard. What Tulsi had to listen to day and night. Perhaps then people would understand the programing- the mind control that exists in her.

But what I was referring to above, were the tapes that were made years ago, the ones that Tulsi was weaned on.

What was programmed into her brain.

The mind-numbing insidious ones that the bramacharis were put to bed with.
The ones that were given to new parents so their babies would be "devbotted" from the very beginning. Imagine, if you can, a quiet dark room and a baby sleeps...or does she/he? Because clamped on her /his little head, are headphones.
Guess whose insane voice is on every night- year after year.
If that isn't programming I don't know what is.

That is exactly what I wanted to hear- let the 'Audio Feast' begin !!!


.....Somewhere in Kailua, someone just choked on their toenail snack for the day and another's toes just curled up.


Thought you had gotten rid of them all, eh Butler? 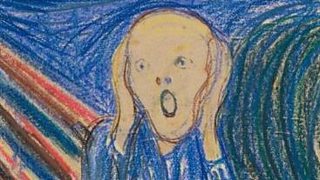 It was not clear from your earlier posts if Butler was coming out of the cold with a new persona that would not hurt Tulsi's campaign. His online, diabetic coma inducing presence is certainly not reflective of his darker side.

Was not sure who you were addressing with your comment "What we say matters and some of us will learn that lesson the Hard/Karmic way."

So old tapes & transcripts are leaking out? - that will validate what has been reported here for years?
I certainly hope so and the sooner the better.

BTW I find it hilarious that Tulsi experienced the censorship from Google we all have for exposing her "Gooroo Dave". Karma's a bitch. We need to be able to post those documents here & everywhere again.

Tulsi's a woman without a party. Can't go the "Independent's for Godly Government" route. Conservatives like her more than her own party.

I hope to one day see an honest interview with Tulsi about her upbringing instead of this make-believe biography. Instead of mock humility & virtue signalling... oh, who am I kidding...
Options: Reply•Quote
Re: Chris Butler, Jagad Guru, Science of Identity
Posted by: VoxVeritasVita Das ()
Date: September 09, 2019 12:33PM
Some people are just born with great intelligence and understanding from the get-go.
Too bad the 'devbots' missed out on all that.


Just No --- indeed!! Although written 2 years back, this timely piece is still relevant today:

Tulsi Gabbard. Just no.
~ Communique from a left-allied Catholic on a bad idea ~

The recent defeats of Bernie Sanders in the United States and Jean-Luc Mélenchon in France, as well as the ongoing neoliberal resistance to the leadership of Jeremy Corbyn in the United Kingdom have led many of the left’s guardedly hopeful into premature despair. Elections are like sporting events. When the clock stops, whoever is ahead wins. But politics is not a sport, and our tendency to think of it that way has blinded many to the tectonic shift represented by this abrupt—in political time—emergence of a strong social democratic pole in the bourgeois democracies after being ratcheted to the right for decades via the formerly hegemonic Washington Consensus.

There was never going to be a reemergence of the left without a concomitant reactionary emergence, if history is any guide; and that is what we are witnessing. Whatever opportunity the left has in the real world is one that will inevitably be situated in this dangerous polarization, which can neither be grasped nor fought out so long as it is understood in terms of gamesmanship. This tendency to despair in the face of actually stunning advances (which have not yet reached the threshold for electoral success, but which are closer than we’ve been in many years) is attributable to this myopic perspective.

This game-perspective and electoral fetishism are responsible for the increasing background noise about Congresswoman Tulsi Gabbard as the next Bernie Sanders—that is, as a presidential candidate for 2020. The politics of tokenism is irresistible within the framework of political game-theory; and Gabbard is seen by her acolytes as checking several boxes at once: female, person of color (she’s part Samoan, and her father—a State Senator known for his vocal homophobia—is a part-Samoan convert to Hinduism), and here’s the kicker . . . a military veteran. And her endorsement of Sanders has enamored her to many former Sanders supporters who have not looked more deeply into her record or asked questions about her motivations. I, for one, have caught the fetor of opportunism from her from the moment she caught the Sanders wave; and I believe she understands what the left should understand. The age demographic—the arrow of time—is on the side of the left.

About 8 million Americans fifty-five and older will have died between 2016 and 2020; and around 15 million will have turned eighteen—voting age. Between 30-44 years old, Sanders and Clinton were in a near dead heat. Between 45 and ancient, Clinton enjoyed an almost four to one advantage. Under 30, and Sanders had an almost four to one leg up on Clinton. Now do the math for 2020.

Whoever can run as a Sanders—and this will take more than social democratic “positions,” because much of Sanders’ appeal was his likability and the perception that he was honest—will beat the cowboy shit out of whoever runs as Clinton. Putting Gabbard in this position would be a disaster.

When you itemize Gabbard’s public positions on the main fare, she is a standard Democrat, who is not even listed among the members of the Progressive Caucus. Her critical vote scorecard from Progressive Punch is an F, rating her 136th overall, between Dwight Evans (PA) and Mark Veasey (TX). She has carried water for billionaire uber-Zionist casino magnate, and Trump-buddy Sheldon Adelson. And she loves to post pictures of her in her Army uniform, an opportunistic cash-out of her veteran status which ought to trouble anti-militarists.

Perhaps more troubling than her essentially centrist politics and her cozy relationship with Adelson, however, is her selective if vicious Islamophobia and her willingness to associate with anti-immigration reactionaries. When sharing the stage with the execrable Islamophobe and nitwit Bill Maher, she dressed down then-President Obama for not calling “violent extremism” “Islamic extremism,” adding that we have to “identify our enemy to defeat them.” Once a strong supporter of drone attacks, Gabbard has essentially endorsed Russian and Assadist bombing in Syria, because they are ostensibly targeting ISIS. I am not an advocate of US military intervention anywhere, so this is not a call to arms, but by the same token, if one opposes militarism, then one ought to oppose Russian and Assadist militarism as well. Nor am I tapping into the insane post-Cold War Russophobia of shills like MSNBC, but opposing conspiracy theories does not mean calling Putin and company a bunch of angels. Leftist apologists for Putin/Assad often forget that it was Assad’s commitment to neoliberal “reforms” that set up the social crisis that Assad’s own government then escalated into a full-blown civil war. Gabbard proceeded to jump the shark with an ill-conceived January trip to Syria to meet Assad himself.

And during the bloodthirsty seven-week Israeli attack on Gaza in 2014, Gabbard co-sponsored a lying Congressional Resolution that claimed Israel has restrained itself and attacked only “terrorist” targets during that campaign.

When Donald Trump began appointing Generals to cabinet positions, Gabbard came to his support, calling opposition to Trump’s Strangelovian clambake of uniformed lumpen-intelligentsia nominees “discrimination against veterans,” and claiming that military people are “far more deeply personally committed to upholding and protecting our democracy than their critics.” Really? This is who people want to run for president against the next Clinton?

Gabbard has refused to support a ban on assault weapons. She has supported Trump’s anti-immigration initiatives. And her connections to her own father’s friends and staff—who were at the forefront of conservative campaigns against what she herself in 2004 called “homosexual extremists” (people who wanted to get married)—remain firmly in place. Google “Devon Bull.” And in 2014, she shielded the violent, right-wing, Islamophobic BJP in India from Congressional review.

The thing about Gabbard is, she adapts. She saw the Sanders wave, and she started paddling her board.

She now says she opposes drone strikes and supports marriage equality. Eoin Higgins, who has followed Gabbard for some time, says that “jettisoning political beliefs that are no longer useful in her quest for power” is Gabbard’s MO. That’s why she has repeatedly scrubbed her past.

Her first marriage, for example, to Eduardo Tamayo, from 2002-6, when she and Tamayo were active members of a homophobic Hare Krishna cult led by a sketchy character named Chris Butler aka “Jagad Guru Siddhaswarupananda Paramahamsa,” founder of the “Science and Identity Foundation,” living to this day in an opulent Hawaii mansion. Gabbard maintained a connection to Butler at least until 2015, when she sent him a video birthday greeting for his fiftieth. Gabbard’s current husband, Abraham Williams, grew up in a family with close ties to Butler.

Five of Gabbard’s nine biggest campaign contributors were major contributors to her father (a right-wing Republican who converted to right-wing Democrat, these conversions are a family tradition).

From the point of view of trustworthiness, she gets an F. On foreign policy, her Islamophobia, connections to the BJP, her disrespect for the civilian control of the military, and support of hard core Zionists loses. On judgement—let’s talk Syria trip—big F. On vulnerability during an election? Fuggetaboutit. She’s toast the minute an opponent goes for Swami Jagad Guru.