“Discusses hypnosis and similarly effective means of mind control used by such diverse groups as religious orders and the military. Points out the common denominators of isolated environment, stressful conditions, and a dominant authority figure that exist in these groups.”

The book I mentioned at the bottom of page 2, Dennis R. Wier's Trance: From Magic to Technology, is another take on the same thing. There is one unsatisfactory (for me) chapter, where he tries to construct a mathematical model of trances. But the rest of the book is shockingly revealing.

Wier spent many years involved in transcendental meditation. His studies over 30 years lead him to believe that, again, the whole meditation and guru business is nothing but trance induction. 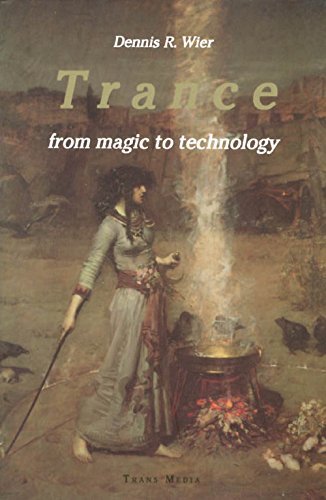 Options: Reply•Quote
Re: General Problems with Gurus
Posted by: swissalyst ()
Date: July 28, 2019 02:01AM
I am about halfway through Dennis Wier’s second book, The Way of Trance. It adds some practical examples to the theoretical material in the first. Here are some relevant quotes from what I’ve read so far:

“If you are a hypnotist, you will want to disable critical judg­ment as soon and as rapidly as possible so that your client or target will not be able to critically think about the nonsense you are feeding them” (p. 91).

“If you join a cult – or you think it might be in a cult – be alert for suggestions which result in your giving up your per­sonal responsibility for yourself. In other words, if you are en­couraged or even demanded to follow the leader without criti­cal thinking, or if your critical thinking is turned against you, then you should think seriously about leaving the organiza­tion. Cults always ask you to give up your personal responsi­bility so that you are more easily controlled” (p. 97).

“When you are in the presence of someone who is adept at generating and maintaining a charismatic trance, you are compelled to go into a trance yourself; you really don’t have any choice” (p. 135).

“The identifying characteristic of a charismatic trance is the existence of two hypnotic trance loops. The first loop contains a belief that they are on a mission; it has a fixed idea or focus. They compulsively talk about their “mission”, and demon­strate ego­mania. . . . However, the second hypnotic loop goes from the outside to the inside; that is, they pull others into focusing energy on their mission. In other words, every idea other than the mania, is actively asso­ciated to the mania. It is this second loop that invites your participation, demands your focus and, when repeated, draws you into a hypnotic trance. . . . Personality cults can re­sult when people give up their own power to the person who is in a charismatic trance” (p. 138).

Wier proposes the “wyrd” as a unit of measure for the strength of a trance. I assume this is a humorous play on words based on his name and the word “weird.”

Not advertising or anything, but if you are interested in his books, it’s easier to get them from Lulu rather than Amazon.
Options: Reply•Quote
Re: General Problems with Gurus
Posted by: Sahara71 ()
Date: July 28, 2019 07:55AM
Thanks Swissalyst,

I have just read part of that book "Trance - from magic to Technology".
On page 179, I found the following:

"In general, hypnotic trances are quite dangerous if the content of the external stimulation is not controlled.

It is specifically because some cognitive functions are disabled that suggestions from external sources have their effect. Suggestions can alter the trance forces which have been generated by the energy changes in cognitive functioning. These trance forces will have far ¬reaching effects when the intensity of these forces is high.
Once it is realized how hypnotic trance is created and used, the answer to the frequently asked question: "Can you be made to do something against your will when you are in a hypnotic trance?" is yes. Those who say no either want to abuse you hypnotically or they don't know what they are doing."

Pretty creepy stuff - and it backs up what I have read from other sources.
Options: Reply•Quote
Re: General Problems with Gurus
Posted by: Sahara71 ()
Date: July 28, 2019 08:57AM
Take a look at this: [www.youtube.com]

Derren Brown hypnosis tricks. Absolutely fascinating!!!
Options: Reply•Quote
Re: General Problems with Gurus
Posted by: swissalyst ()
Date: July 28, 2019 09:03PM
Yeah, when the hypnotist instructs someone, "You just have to believe it yourself," he's teaching the student how to become a cult leader.

The "impoverished reality" may or may not include financial poverty.

"I assume that a robust life is a life of variety and wide options, and that an impoverished life is a life with few options and little variety" (p. 123).

It makes me think of low-paid or no-paid workers in spiritual communities, who imagine they are on some grand spiritual adventure, yet who in reality are leading shabby and restricted lives.
Options: Reply•Quote
Re: General Problems with Gurus
Posted by: swissalyst ()
Date: August 03, 2019 03:39AM
Be Scofield has announced that in November 2019 she will release a book titled Toxic Spirituality: Abuse, Denial and Delusion in New Age Culture.

It looks as though it will draw on the articles she has previously published at [gurumag.com] though hopefully the book will also offer some reflections based on all her research.
Options: Reply•Quote
Re: General Problems with Gurus
Posted by: corboy ()
Date: December 19, 2019 10:15AM
How Good Spiritual Teachers Go Bad - hunches by Brad Warner