Forum Index  |   Disclaimer  |   Forum Rules
Coercive Persuasion and Undue Influence
Go to Topic: Previous•Next
Go to: Forum List•Message List•New Topic•Search•Log In•Print View
Population Research Institute -
Posted by: dasshit ()
Date: May 22, 2013 07:00AM
Before we start let me advice, I am sorry my English may not be the best, and as i'm not a total expert on cults.

I have found over the last few days a devilishly viral manufactured version about "overpopulation is a myth" conspiracy scam - misinformation.
For now, I will leave the link by which the topic referred to in while my further analysis is not yet up at all, recomended links will be posted bellow:

The org. is rulled by Steven Mosher, PRI President.
Many of the supporters, proclaim to support conspiracy theories "Agenda 21", the illuminati, or other groups of religious fanatics, that has nothing to do with physical positions or True Tales. Other examples can be taken from the facebook, groups that wish to join with the meaningless and incontestable logic of the PRI. He is now worshipped by many like a self-proclaimed cult.. While his reign rises slowly, I suspect, their tactics used, as fear and money. We may go look at their site and then visit their&#65279; store. something smells fishy.
The idea sounds in a way, people live as trees, flush against each other.

Dear Colleague:
As the homosexual “rights” movement gains ground, it seeks to silence the opposition.
Steven W. Mosher
President
When Nazis are talked about today, there is usually no mention of certain of their prominent aspects. Of course, those aspects which don’t fit into the politically correct view of history are those which get no mention.
So you rarely hear of the Nazis’ push for eugenic abortion, for euthanasia of the unfit (i.e., the disabled, sick, or dying), or their persecution of the Catholic Church. You are even less likely to hear of the prominent role that homosexuality and a hyper-masculine homosexualist ideology played in the early days of the Nazi Party until Hitler purged the most flamboyant of those elements, perhaps to prevent average Germans from turning away from the newly successful fascists.
Some of that spirit lives on and is growing. Today’s homosexual “rights” activists are determined to impose upon Western society a neo-paganism that is anti-life, anti-family, and anti-religious, and they actively seek to punish those who disagree. Obviously, homosexuality is opposed to the propagation of new human life, and the huge campaign in favor of it we now experience comes at a time when birthrates have already fallen below replacement in almost every Western country. In fact, as early as the 1960s, Planned Parenthood listed the encouragement of homosexuality as one of the methods for reducing human populations. And male homosexual behavior spreads AIDS, which increases the death rate. 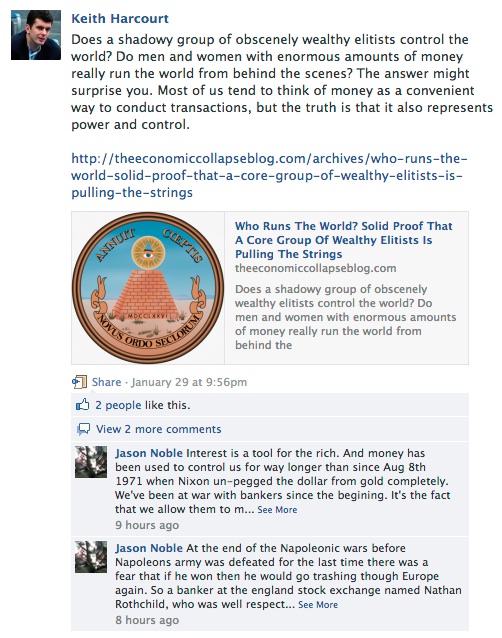 I witness looking for their facebook page.
there is admins: Joel Bockrath and another person, i do not know.

Then we have the group, TVP/TZM again: 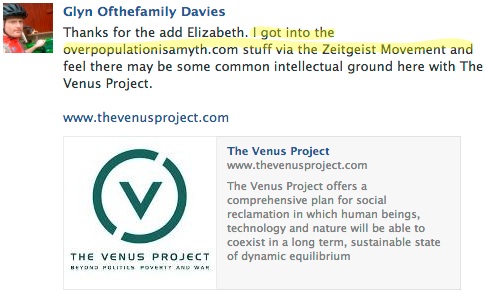 In what seems an interesting connection. is the liberal conservative movement with such interest? Maybe they pop.org does not realize the type of people it is attracting, what could be dangerous, in what is actually, TZM is clone of TVP and TVP stole some ideas from an ancient organization by creating his own group.

Please, be advice, this is a complete missinginformation with the most distorted fascist logic for people who know so litle. I'm afraid that i might not have anything else to point. Small so it seems, but not for long.
The comments are open for more information.
Options: Reply•Quote